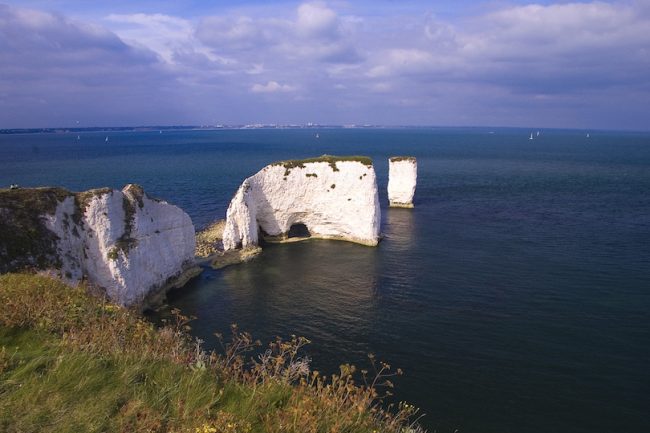 The Old Harry Rocks are two chalk stacks located on the Dorset coast in the south of England. The rocks mark the eastern end of the Jurassic Coast. The cliffs here are mainly made up of chalk, with some bands of flint within them. The sea stacks are continuously being eroded by the sea and are therefore an ever-changing feature. In the 18th century, people could still walk from the mainland to Old Harry, which is the stack at the end nearest to the sea.